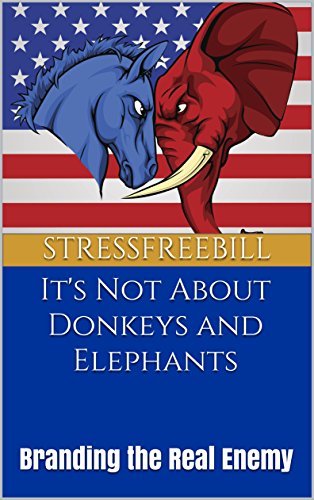 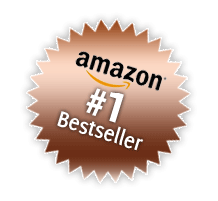 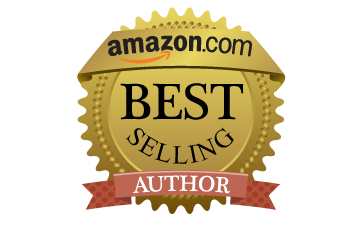 NOTE: This is the book that started the movement. The following Chapter 2 excerpt is provided as a courtesy. The full print edition of this book may be purchased from the PRC Store on this App or the website. The eBook version can be purchased HERE.

Except where noted internally, no part of this book may be reproduced, or stored in a retrieval system, or transmitted in any form or by any means, electronic, mechanical, photocopying, recording, or otherwise, without the express written permission of the publisher, except by a reviewer who wishes to quote brief passages in connection with a review written for inclusion in a magazine, newspaper, website, or broadcast.

We’ve all grown up thinking that politics is about the battle between Republicans and Democrats. We might use different words like conservative and liberal, or Left vs Right, or whatever…

But we have all been indoctrinated to think of each other in terms of quarreling family members – we may have differing ideas, but we’re all Americans.

Because the vast majority of Americans still think this way, politics has become incomprehensible to us – current events make no sense.

How can any leader justify University Presidents ordering the police to stand down while violent protesters (rioters) hurt people, light fires, and smash windows to shut down free speech?1 Liberals used to be on the other side of this issue – what happened?

How is it that members of a President’s own party opposed and actively campaigned against him?2 The ‘Trump Wave’ has brought more voters and election victories to the Republican party than they’ve experienced in decades. Yet, many well-known Republicans still openly oppose him, while others silently stand back and do little to help or defend him. Why?

How did we get to a place where the Democrat party can rig a Presidential Primary for a certain candidate, get caught, and still get away with it?3

How is it that Republicans control the House, the Senate, and the Presidency yet still can’t prevent popular legislation from being slow-walked – if not stalled altogether?

If the Republicans control the government, why has a Special Counsel been appointed to investigate what everyone in Washington DC knows to be bogus and exaggerated claims of Russian influence and collusion in our elections? Yet the felonies we know were committed (involving Hillary’s email, the Clinton Foundation, and the leaking to the press of Classified and Privileged Information) go uninvestigated?

To most Americans, it feels like the whole country has gone crazy.

And while that may have some truth to it, there is a method to the madness…

StressFreeBill would like to share some simple truths with you – a level of understanding and insight seldom discussed on radio and television, and never in the mainstream press. This is not wild speculation, just basic facts that lead to undeniable conclusions.

The first simple truth we’re going to look at is easy. It’s easy because it’s a Truism.

Here is the first simple truth:

You can’t listen to what they say; you have to focus on what they do… because Behavior Never Lies.

So many of us get sidetracked because we spend an incredible amount of time trying to figure out if the person we’re listening to is being honest. StressFreeBill would suggest that we’re focusing on the wrong thing.

Let’s take the example of Congress…

Everyone is frustrated with Congress. Their approval numbers are at rock bottom and everyone talks about gridlock in Washington.4 We the People vow massive turnover come election time – yet the incumbents are returned to office in overwhelming numbers.5 What’s going on?

Yes, most people are frustrated with Congress, but at election time they listen to their Representative explain about the difficult and Byzantine rules for passing legislation and determine (because they believe him or her to be sincere) that it must be the other Congressmen causing the problems.6 7

Leaving aside for the moment that the Byzantine rules are mostly fraudulent (designed to give the politicians cover) and the fact we’re choosing to believe professional politicians (no comment needed), what does being sincere have to do with anything?

Whether my Congressman is a manipulating lying sack of sand or a naive patriot that is being manipulated, whether my Senator has an elitist attitude and couldn’t care less about the Will of the People or is an honest person that just isn’t strong enough or competent enough to stay the course… What difference does it make?

When it comes to the people destroying our country it doesn’t matter whether someone is a manipulator or the manipulated, following them will lead to disaster. And make no mistake; our politicians are leading us to disaster. In this book, StressFreeBill will show what behavior to look for in our politicians to know which (few) are the good guys.

Another quick example in the mainstream media would be George Stephanopoulos, Chief Anchor and the Chief Political Correspondent for ABC News. He used to work in the Clinton White House and has donated to the Clinton Foundation.8 9 10 He can claim to be an impartial journalist, but he should be judged based upon his actions; and his actions demonstrate a sickening level of bias.

Now that we can agree on how to look at things, let’s talk about what to look at…

The first thing to realize is that our current way of looking at things no longer applies.

Most of us are still using an old, outdated paradigm. You may be challenged to accept the new reality; accepting the unknown is always scary. You may be tempted to throw away the ideas in this book as wild… but there are no conspiracy theories here – just logical conclusions drawn from cold hard facts.

And once you’ve had a little time to start viewing the media, politicians, university professors and the like through the lens of these simple truths you will quickly realize that We The People are being manipulated.

Here is the second simple truth:

The political battle lines in our country are no longer drawn as Republican vs Democrat – it’s now about the self-appointed Ruling Class vs We the People.

At first glance, this might seem counterintuitive. After all, we are told the rhetoric and hate being thrown back and forth by the Left and the Right are at an all-time high in nastiness and dishonesty.

Actually, this isn’t true.11 In the election of 1800, for example, Thomas Jefferson’s camp, among other things, accused President John Quincy Adams of being a hermaphrodite (publicly and in print).12

But remember: Regardless of what they say, we need to look at the underlying behavior. Don’t focus on the trees; look at the forest.

Yes, liberals and conservatives have their differences, but all this divisiveness serves to distract us from the real (and far greater) power struggle being waged in America…

There are certain professions and organizations that institutionally believe they are better than you. They believe they are smarter than you and they believe they better know what’s best for everyone. This belief in superiority is so ingrained that it supersedes traditional morality and ethics. Indeed, in many cases, it gives them the justification to ignore laws and violate the US Constitution.13 In their mind, the ends justify the means and there is too much at stake to leave everything in the hands of ‘The Masses.’

This self-appointed Ruling Class consists of these groups (which will be discussed at length in the following chapters):

Like in any war, many of the front-line soldiers have simply been manipulated to believe certain things. So, while not everyone in the above professions are philosophically aligned with the Ruling Class, many have been unwittingly drafted into the groupthink. It doesn’t make them bad people… it just makes them tools being used by those that are.

The self-appointed Ruling Class doesn’t hold meetings, elect officers, or have a secret handshake… but they do have a unifying purpose.

Here is the third simple truth:

The unifying force behind the self-appointed Ruling Class is the doctrine of Globalism.

Globalism is not a new concept. Alexander the Great wanted to unite the world under his rule and actually came somewhat close. Conquering dictators like Hitler have always had similar ambitions.

It can be argued, however, that it was the communists and socialists that made the idea more palatable because they stopped talking about conquering… Theirs were political movements that were supposedly Of the People and, therefore, conquering wasn’t necessary. Their rule expanded by liberating the people of other cultures and freeing them from oppression… via revolution (the left has always been good at branding).14

Those are much prettier words used to describe the same desire to rule the world. What revolutionaries such as Karl Marx camouflage when describing their Utopian paradise is the fact that there will still be a politburo or Ruling Class that actually run things.15

The modern-day Globalists are even more subtle. They prefer to leave people with the appearance of sovereignty. If Globalism is discussed, it is always in economic terms – seldom in political terms (at least at first – look at the European Union as an example).16 But make no mistake, the political power inherent in Globalism has attracted that same element that thirsts for control over others. Globalism has an entire chapter of this book dedicated to it, but for now we need to realize that the race over who will control the world is well under way…

Understand this… Globalism is probably inevitable. As economic markets become more interdependent, as technology and advanced communications shrink the planet, global cooperation will lead to global regulation which will lead to de facto governance.17

The issue is not whether we’ll eventually have a global government; the issue is, What type of government will it be?

As is explained in this book and on the StressFreeBill.com website, the self-appointed Ruling Class that has been running America for the last decade or so see the profit and opportunity in Globalism. They are blinded and corrupted by it.

And that brings us to the fourth simple truth:

Globalism and the Constitution of the United States of America are not compatible.

Or, more accurately, our Constitution is not compatible with the socialistic version of globalism the Ruling Class is currently attempting to cram down our throat.

For the Globalist’s vision to come true, America must be subordinate to a higher governing authority. Ideas of individual liberty, inalienable rights, and protections against religious persecution (among many other things) cannot be allowed to survive intact.18 Even our concept of property rights would need to be modified.

What is happening in America today is not a new story. The opponents of liberty are smarter and more subtle, but their objectives are still the same. They want to rule the world and We the People are standing in their way.

NOTE: This is the book that started the movement. This Chapter 2 excerpt is provided as a courtesy. The full print edition of this book may be purchased from the PRC Store on this App or the website. The eBook version can be purchased HERE.