How to Recruit (What to Say) 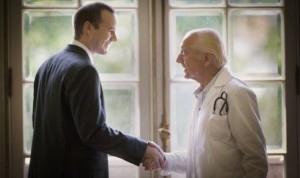 If you have ever tried to recruit people into a church, a business, a cause, etc., you know that ‘breaking the ice’ and building an interest in your program is always the hardest part.

With PRC PAC, building interest in our movement will be the easiest part !!!

This is the simple formula:

Note: Be sure to use the tools and strategies discussed in How To Sponsor Your First Two and watch the PRC Basic Training video.

(Ask them if they’ve heard of StressFreeBill? Tell them the Founder’s Story) 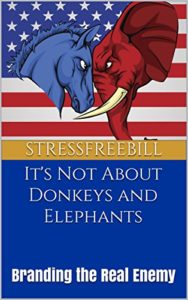 StressFreeBill (Bill) spent much of his life in the business world and is now a professional author. Twenty-five years ago he founded a political newsletter that has now transitioned into the well-read StressFreeBill political blog.

His last book is about our current political situation and documents and explains the Ruling Class culture that permeates our government and society. It also gives a detailed plan on how to Drain the Swamp using (among other methods) Primary elections This book quickly reached the #1 Bestseller position on Amazon in its political category.

A movement was born.

Bill realized that just writing about the problem wasn’t enough, so he founded the Primary the Ruling Class Committee (PRC PAC). His vision isn’t to get million-dollar donations from a handful of billionaires; his vision is to build a Political Union – a grassroots movement of tens of thousands of people each contributing a little.

In a move that has been called brilliant, he realized that the fastest way to build a volunteer army of that size was to implement a compensation plan that can reward members for recruiting. It can also allow dedicated members to put a full-time effort into correcting the direction of our country.

Tell them why you joined. It could be as simple as one sentence, or it could be several. Keep it simple, short, and heartfelt. This is your most powerful tool – your honesty and integrity. Don’t be afraid to tell people of your love for country; don’t be afraid to share your concerns and hopes for our country. It doesn’t make you a fanatic to want to take action… what you’re doing is called patriotism.

NOTE: As suggested in How To Sponsor Your First Two, introduce your prospect to others on the team so they can also share their story.

Create a Sense of Urgency

Don’t be afraid to tell them that our country is at a tipping point – that it is time for all good people to speak out. “We need to do something.” Don’t be afraid to tell them that we need them and we need them now – that our country needs all of us. It is also ok to let them know this is a year-round effort and positioning themselves early in the movement helps create momentum that can benefit the movement and them personally.